Laurie returns to the Real Housewives of Orange County.  I did not watch this show when Laurie was on, so I am not sure what her character is all about.  She seems like a reasonable person.  Is she? 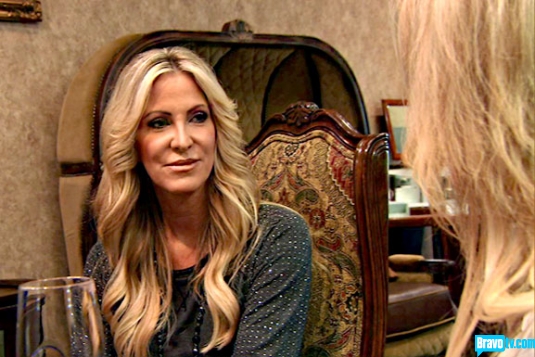 Laurie meets Tamra at the Jewelers to help her shop for wedding bands.  (aka gossip about Vicky)  Tamra reveals that Eddie has small hands.  And we all know what that means.  You know what they say....small hands...small gloves!  HAHAHA! 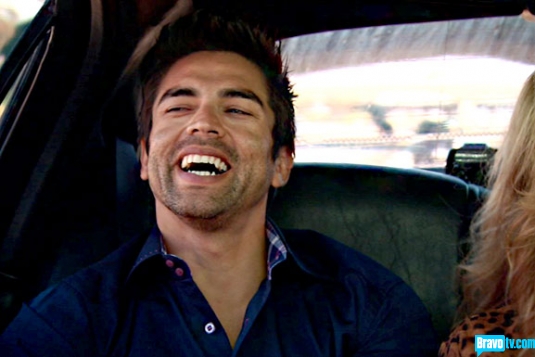 In addition to hearing about Eddie’s small hands, once again Tamra brought up the fact that she suffers from, well... a sensitive digestive system.  Why does she keep sharing that with us?  Isn’t that what old people do?  Always talk about their personal physical issues?  Tamra, one word: Activa.  Moving on.... 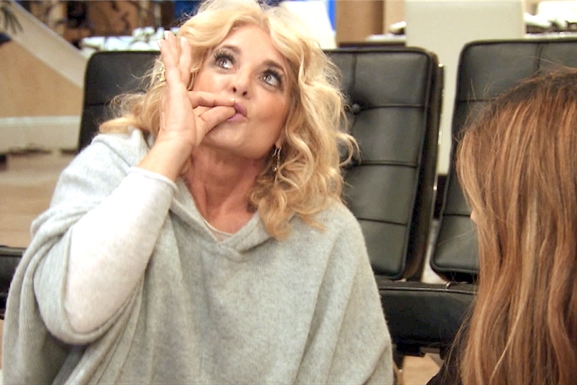 Poor Lydia stuck dealing with her pothead mother.  I guess as recreational drug use goes, pot is probably the most benign.  Lydia says she worries about her mother’s health because of smoking and the cough she has developed.  I don’t know about these things but can’t she bake it in brownies instead?  Maybe every evening have a brownie instead of a glass of wine? 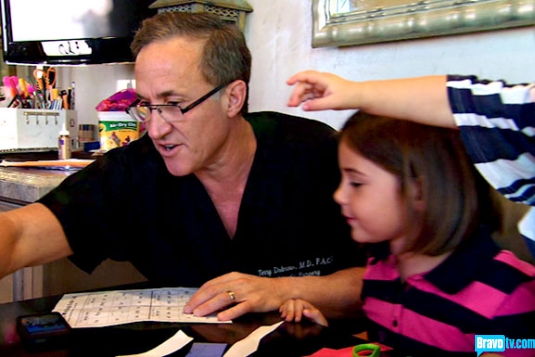 Heather has her big day at “Hot In Cleveland”.  It really did look fun and exciting. She did a great job.   It would seem the good Dr. Dubrow is stepping up or at least trying to.  Why do so many father’s seem to lack the ability to care for young children?  They seem to inevitably make the mistake of trying to be the cool, fun babysitter instead of a parent.  There is a reason Moms are organized about their routines; it works.  If you think you are going to sit and color all day, you are wrong.  I think Daddy Dubrow is starting to see this.  If he takes parenting as seriously as he takes surgery, he should do ok!  Heather is absolutely right in expecting him to help in a meaningful way.  She deserves a career every bit as much as he does.  When they work together, there is no reason they both can’t have this.  I wonder why they don’t have any help.  I am sure they have someone to clean, which is half the battle of raising children!  Any mother with 4 children can always use extra help. 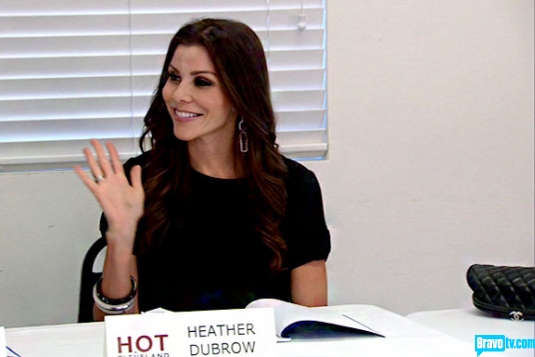 Gretchen and Slade are so....so.....what’s the word???  YUCKY.   Gretchen seems to have crossed the line between where plastic surgery looks normal into that creepy realm of plastic, barbie looking.  Her lips seem so plumped up that they could explode any moment.  Her hair looks like it’s modge podged into place.  She doesn’t look attractive anymore, she just looks fake.  As fake as her passive aggressive laugh.  That laugh she did when she discovers that Slade gave her a new bigger car payment for her birthday!! 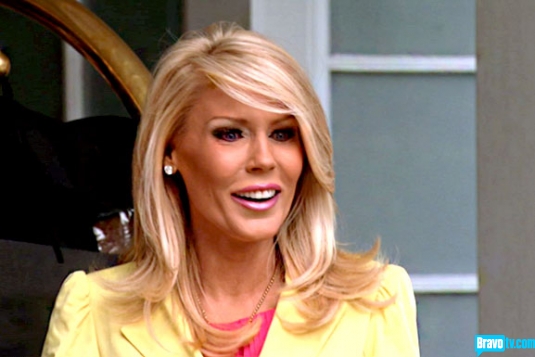 To describe Gretchen as a REAL Housewife is a stretch.  She appears to be neither real nor  a housewife.

The entire car debacle was embarrassing.  First of all, who cries over a car?  Maybe a family that desperately needs a car, that is one thing.  But an “upgrade”?  I really don’t get it.  Her Rolls Royce will get her from point A to point B just like my Ford.  I don’t see how it is anything to cry about except maybe when she found out she was paying for it! HAHA!  Nice gift Slade.  You continue to impress with your generosity!   Who does that????  “Happy birthday darlin, I bought you an expensive birthday gift!!  With your money!!”

Oh and I almost forgot, Alexis.  After being fired from her news anchor position (aka a “special correspondent” job)  Alexis has decided her trampoline business is just not fulfilling enough.  She has come up with a unique and original idea!  She is going to be an actress!  She is going to sign up for acting classes!  She failed the first question about what is acting.  That can’t be a good sign. When the class was asked about their assignment to watch a movie, she rambles off an Olsen Twins movie! An Olsen Twins Movie??   She also about fell off her stupid gigantic heeled shoes while participating in an activity during class.  Yes, I see a bright future ahead for Alexis.  Why is she still on the show?  Are we going to have a separate storyline just for her each week? 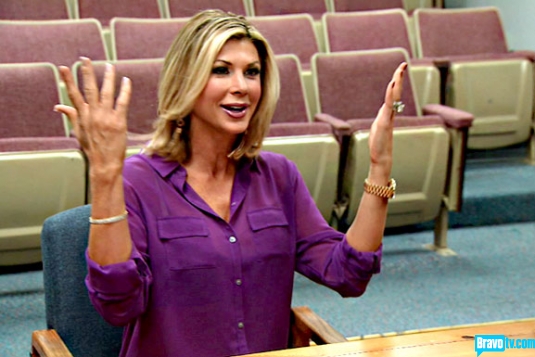 All in all, it was a boring week on The Real Housewives of Orange County.  I literally started dozing off during this episode.  The highlight of the show was that there wasn’t really a lot to do with Vicky this week!

Just a side note, while looking at the Bravo website, I noticed the "Bravo Bazaar" where they sell stuff. (I guess Bravo needs money! haha)  I would like to know which housewife wore these? 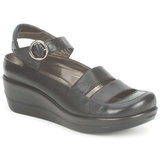 Gretchen Rossi Before and After.  I think she has entered the "Joan Rivers" zone.