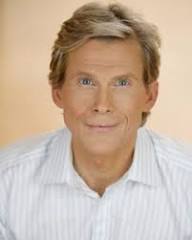 NEW YORK CITY, June 13, 2013 - Popular The Guiding Light leading man Grant Aleksander, who played the complicated "Phillip Spaulding" on and off for 25 years, will play another deeply conflicted, complex character, "Adam Clark," in Tainted Dreams. According to Sonia Blangiardo, creator of New York Brand Productions first dramedy, Tainted Dreams, "In a bit of art imitating life, Grant has been focusing behind the scenes honing his directing skills, and we are thrilled he has agreed to step back in front of the camera to play the executive producer of Tainted Dreams fictionalized soap 'Painted Dreams.'"

On taking on the role of "Adam Clark" in Tainted Dreams, Grant Aleksander chuckled, "With more than 30 years in daytime both in front of and behind the camera, I have experienced many executive producers, and now it will be fun to actually play one."

Tainted Dreams is the brainchild of two-time Emmy-winning producer/director Sonia Blangiardo who is currently serving as Supervising Producer of Prospect Park's reboot of Agnes Nixon's iconic soap All My Children. Blangiardo believes, "Sometimes what happens behind the scenes is juicier, funnier and more dramatic than anything on the screen. Tainted Dreams provides a rare look, warts and all, at the realistic interaction of the executives, cast and crew involved in producing a daily scripted drama."

While Grant Aleksander is best known as The Guiding Light's "Phillip Spaulding," he also directed episodes of As the World Turns, and in the mid-1990's he created the memorable role of "Alec McIntyre" on All My Children. Aleksander played the bartender at "Mickey's Bar" in the 1986 movie Tough Guys, starring Burt Lancaster and Kirk Douglas. In 2006, he appeared in two motion pictures, The Big Bad Swim and the American Civil War film Fields of Freedom. Aleksander was also featured on a variety of episodic television series and made-for-TV movies.

Grant Aleksander is also a man of his word. In the early 1980's Aleksander attended Washington and Lee College in Virginia where he met his wife, Sherry Ramsey, in a school production of Hamlet in which he starred as "Hamlet" to Ramseys Ophelia." He left Washington and Lee in his sophomore year when his acting career started to take off. Almost 30 years later, Aleksander" told Washington and Lee News, "Education was important in my family and my parents were upset when I left school, although they understood and supported me. I told them I would absolutely finish my degree at some point and I intended to fulfill that promise. They passed away 20 years ago, and it's become even more important to me since then." After The Guiding Light left the air, Aleksander returned to his studies at Washington and Lee where he completed his Bachelor of Arts Degree in Theatre in May 2012.

Aleksander is also a widely respected, well-known animal rights activist, as is his wife, Sherry Ramsey, an attorney and Director of Animal Cruelty Prosecutions for The Humane Society of the United States. They live in New York City and New Jersey with their collection of rescue animals.